American Nightmares is a celebration of the Dark Side of the American Dream. The murderes, the deaths and the broken promises. Ten years ago Pure Evil was refused entry to the US. Pure Evil recently returned to the US a moth ago, and a new chapter started. Where the work before had a nostagic quality, this show is a celebration of the United States of America. Now, if you scratch the surface you will find a darkness under.

Bio
Somewhere between the 1535 execution of Sir Thomas More and the year 2000, Charles Uzzell Edwards became the street artist known as Pure Evil. It’s a pairing of an odd lineage that has produced fanged bunnies and Warhol-esque portraiture famous throughout the streets and galleries of the world.
A child of Contemporary London and Silicon Valley era San Francisco, Pure Evil is also a child of his times. His art of primarily modern icons expresses both biographical signature and western culture critique. His pop culture symbols are spewed, and therefore viewed, along the urban and artistic landscape from Sao Paulo to Sydney. It’s the artistic and commercial success that has allowed his London gallery to host shows for more than 60 independent artists.

Pure Evil was born in the form of Charles Uzzell Edwards in South Wales in 1968. He grew up in a world of art thanks to his father, Welsh painter John Uzzell Edwards. The father’s artwork undoubtedly impacted his son, demonstrated in a range of influences from Cubism to Minimalism, from Picasso to Chagall.

The physical and cultural landscape of the 1990’s U.S. intrigued and beckoned the young Pure Evil–upon completing his studies in graphics and fashion in London he set off for California’s West Coast. He established himself in San Francisco, working for the Anarchic Adjustment clothing label as a clothing designer / pattern cutter / graphic designer. He produced countless t-shirt graphics for screen printing, dropped in on the West Coast rave scene, and travelled to Japan where West Coast Streetwear was a hot item. Pure Evil also became involved in the musical fabric of San Francisco and recorded as an electronic recording artist for Pete Namlook’s ambient electronic music label, FAX (based in Frankfurt, Germany).

Street art of course proved to be Pure Evil’s most important artistic discovery during those 10 years. Inspired by the initial influence of Twist and Reminisce, with a dose of skate culture thrown in, Pure Evil graced freeways with “Dump Bush” slogans and tagged gun stores as “Murderers.” But there was one image he couldn’t fulfil with graffiti or sketches–Pure Evil felt the pull of “Dirty London.”

He returned to his homeland on the cusp of the new millennium. It was no coincidence that fang-sporting bunnies began appearing on the streets of “The Smoke.” The artist explained several years later in a BBC Blast interview that the bad bunny showed up one day in his sketchbook. The image came from a hare that he had killed with a shotgun in his youth and it had returned to haunt him for his past sins. The label “Pure Evil” went bag and baggage with the symbol, and the artist adopted the new name.

Pure Evil always considered the moniker a bit over the top, and it has long since evolved into something of a joke for the artist. It does, however, justify his artistic excursions into the darker side of people and their social ills, a worldview that stems from his Catholic upbringing and is dominated by the theme good versus evil. It is also handy that the bunny takes a mere 5 seconds to create, which keeps you one step ahead of the police if you are marking the streets of a new city.
The symbol proliferated, as rabbits often do, and so did Pure Evil. The artist began an association with the people involved in Bansky’s “Santa’s Ghetto,” and he started creating prints for Pictures on Walls. When the U.S. denied Pure Evil’s application for re-entry it was a ‘Deus ex Machina’ (Gods Machine) moment for him, where his life changed direction in a completely unplanned way. There was no return to the USA. The artist set up shop in a small shed in the Black Mountains of Wales. After a productive period of isolation and soul searching he moved back to London and prepared for his first Pure Evil exhibition in 2006. The success of those shows enabled him to open the Pure Evil Gallery in Shoreditch in London’s East End in late 2007, and the Department Store Gallery opened 2 doors down in 2014.

Today, Pure Evil enjoys the success of a street artist as global brand. The artistic integrity remains just as much in evidence as his commercial good fortune. The reputation of The Pure Evil Gallery has grown remarkably, due to its support of independent artists. The Pure Evil music studio sends its output to a website for free downloading. He found time to appear on the BBC version of “The Apprentice” during its 2012 season, all the while maintaining a monthly radio program, leading workshops and presenting lectures. And then there’s always artwork to produce. 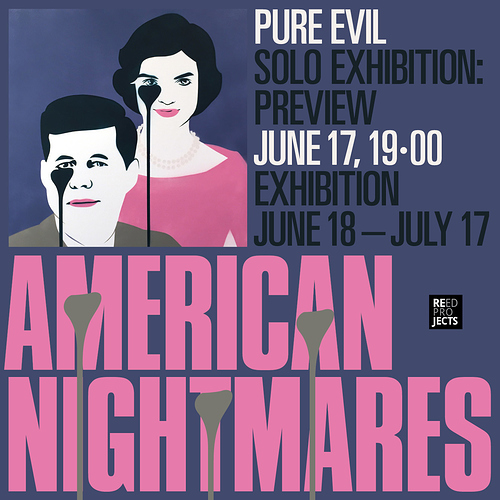 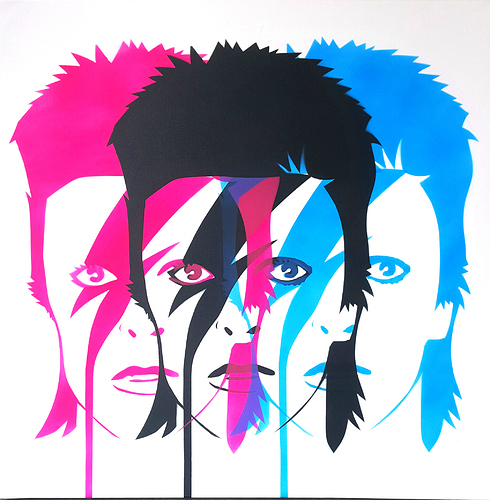 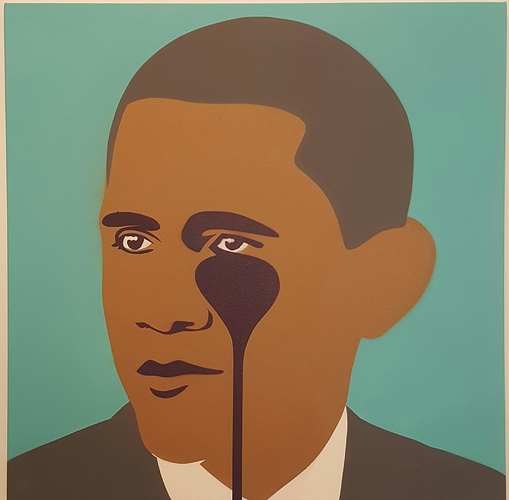 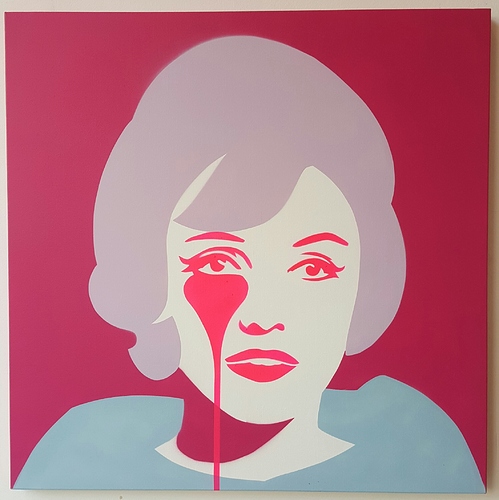 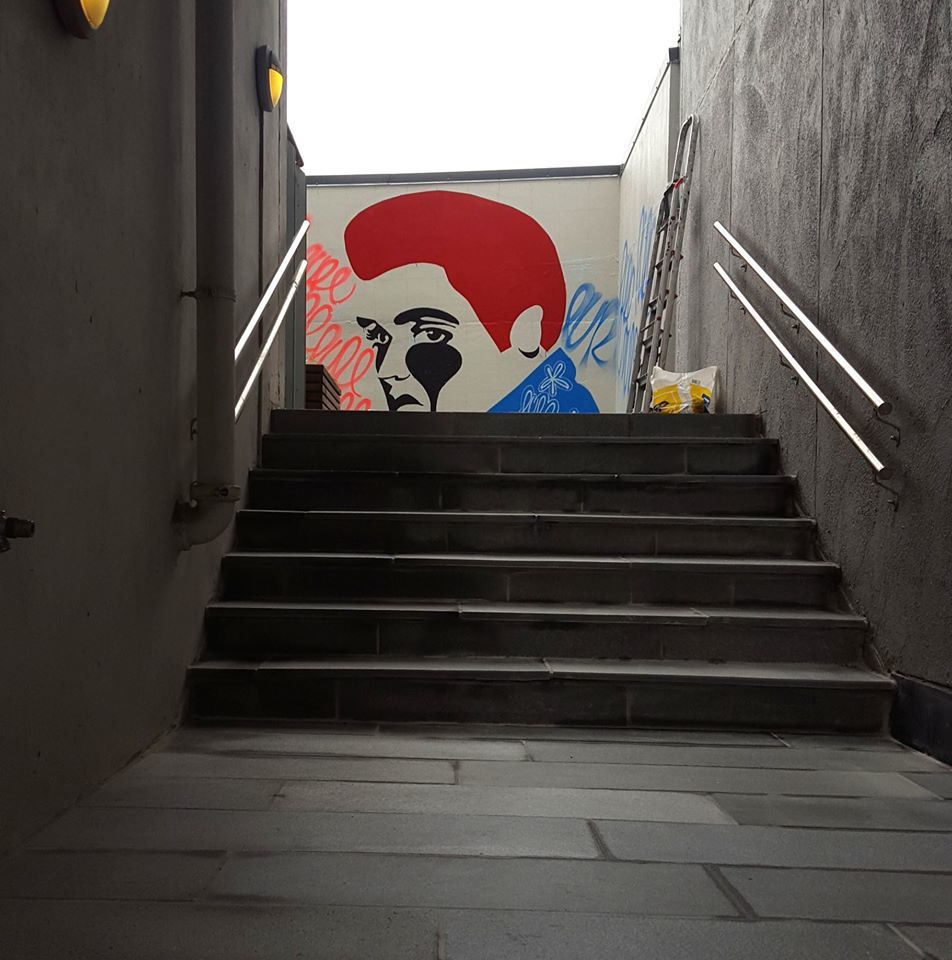 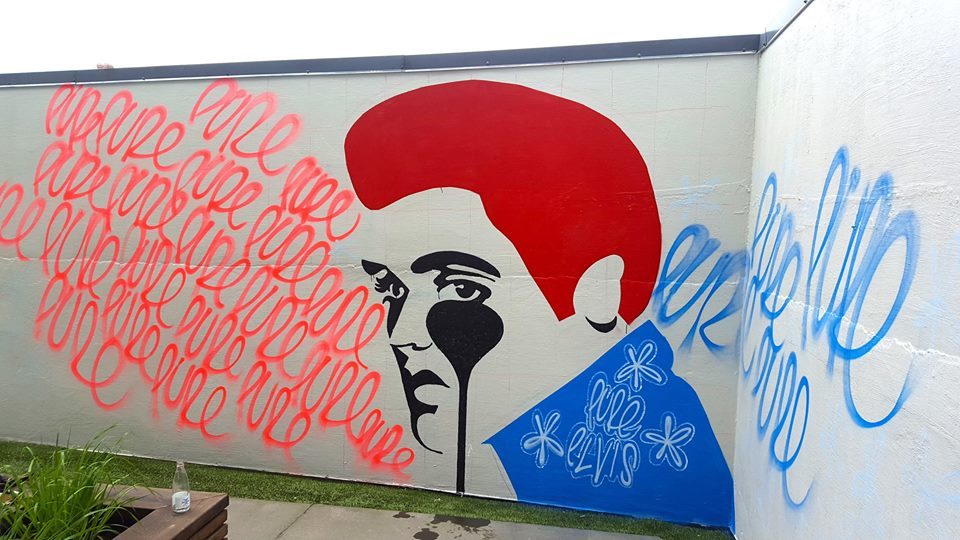 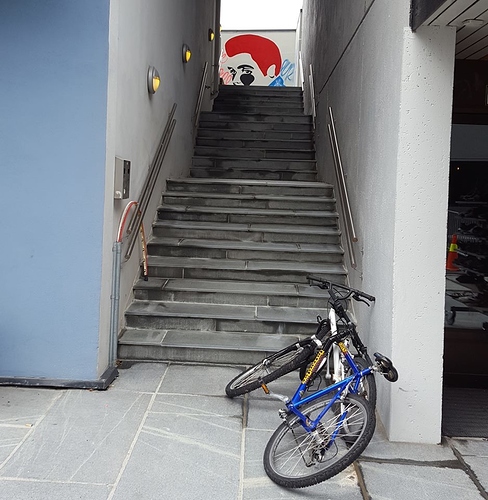 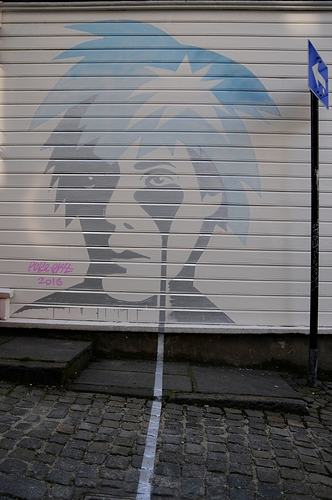 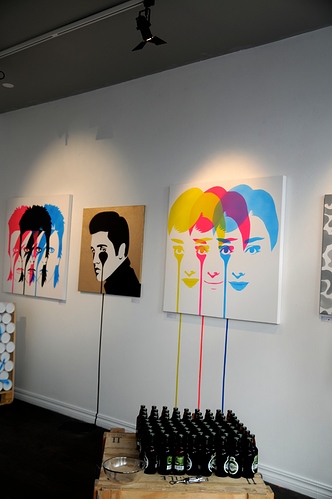 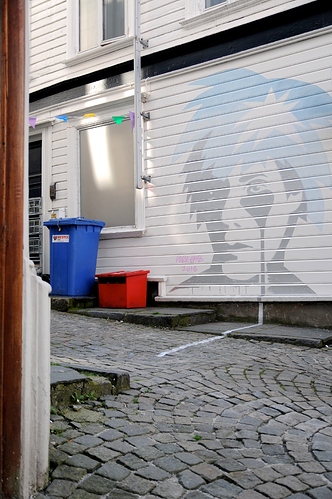 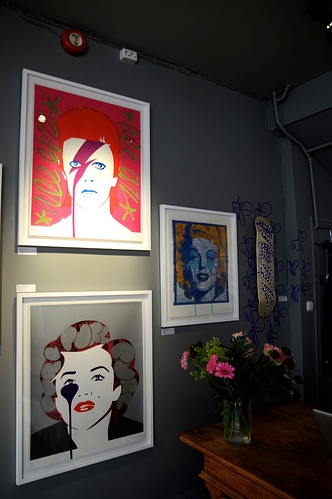 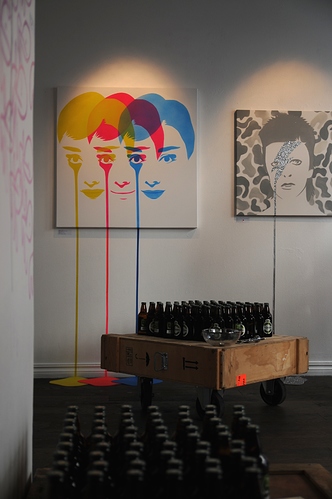 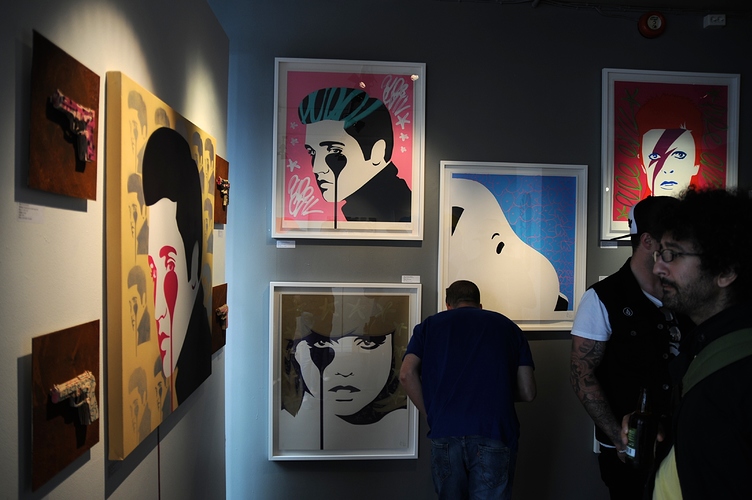 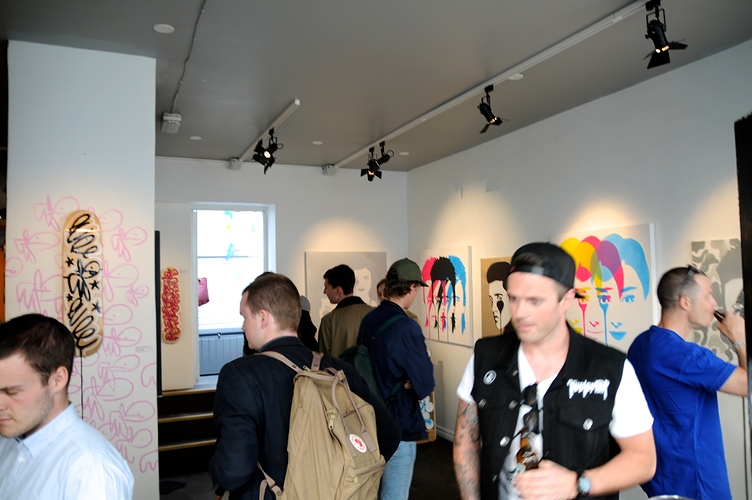 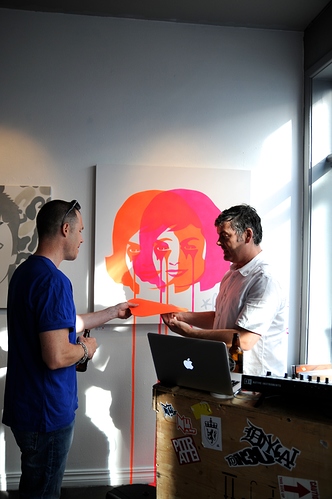 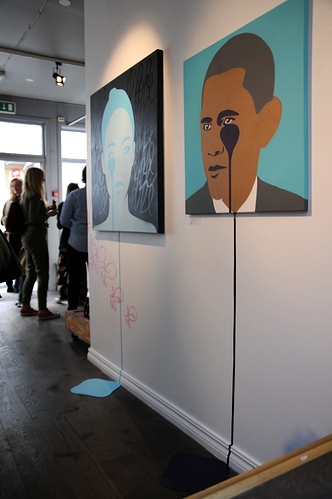 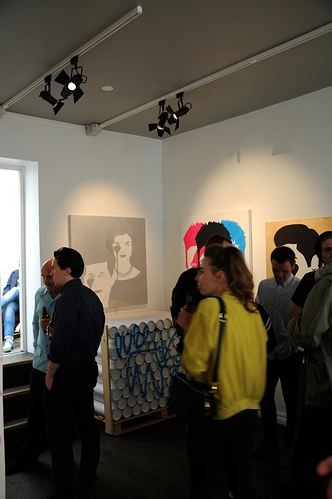 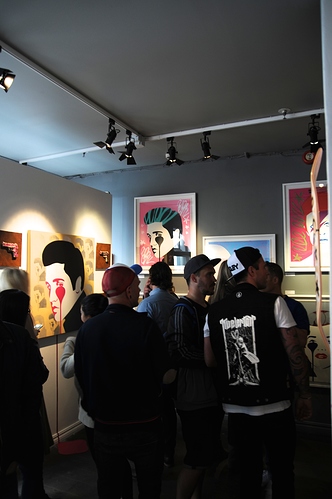 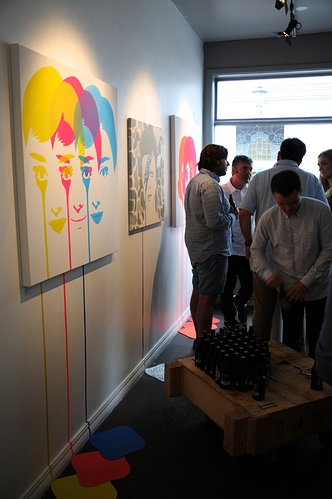 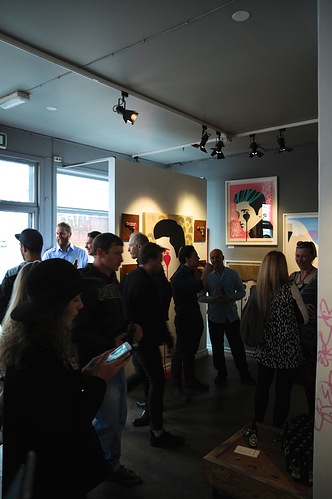 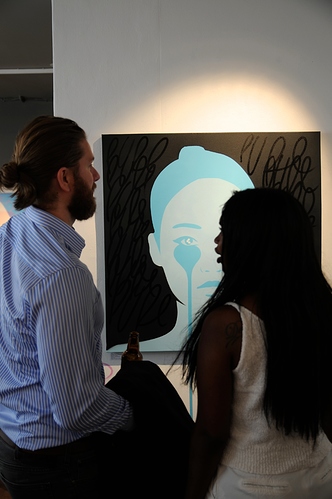 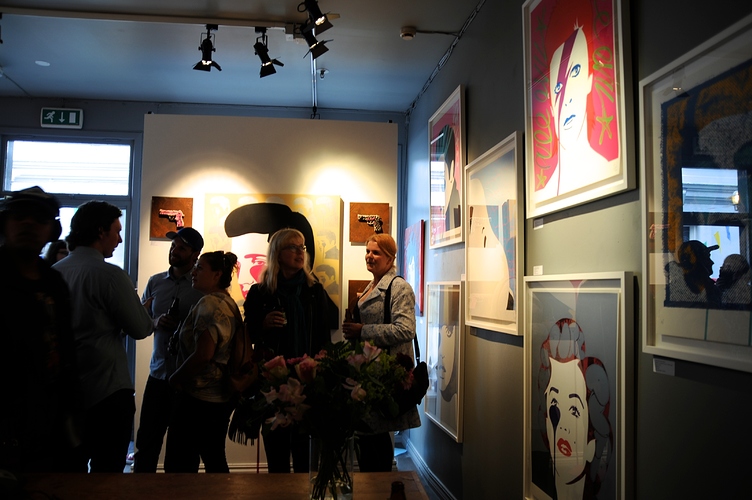 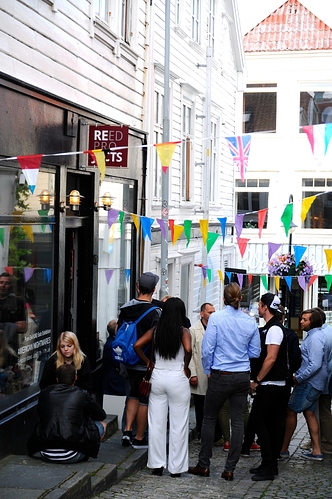 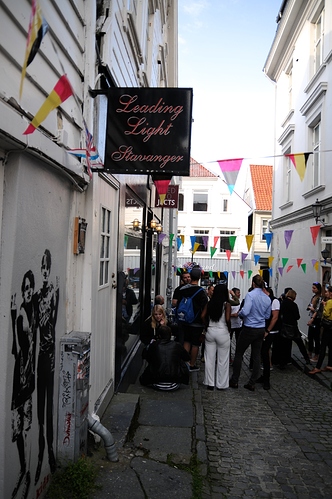 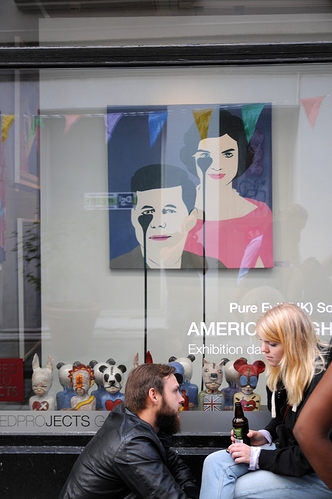 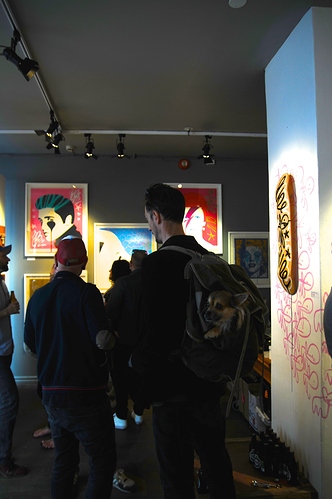 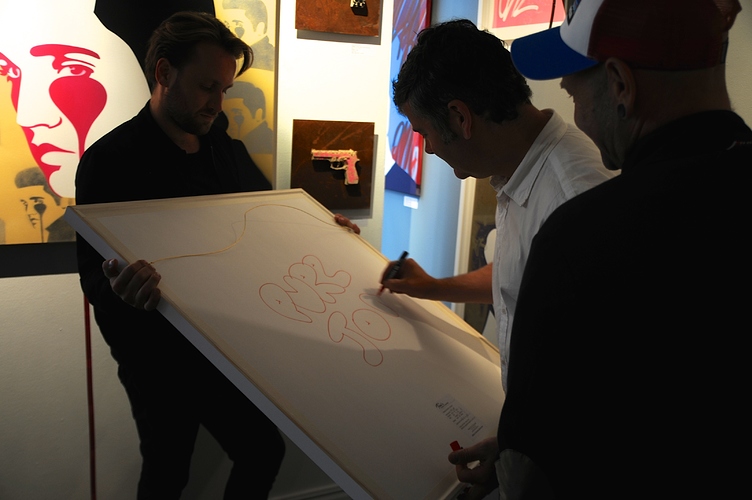 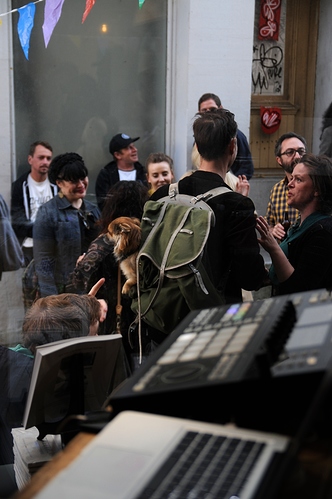 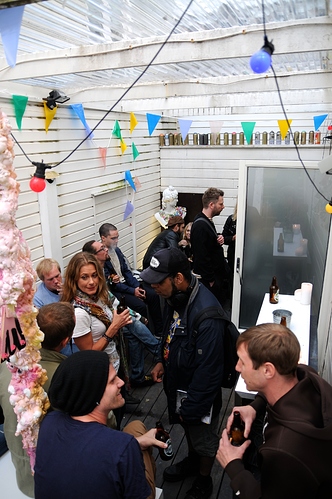 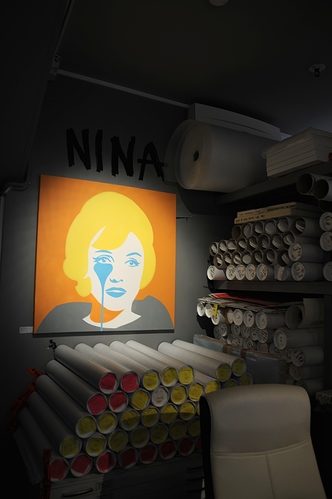